Yellow Vests (France) – “We are going to get our bread back”.

The every growing battle by the French Yellow Vests protesters to be taken seriously and be heard by the French Government is heating up.

With weeks of taking to the streets and demanding reform, activists within the movement are now urging members to withdraw their cash from banks. The hope behind this is to ignite a bank run, which would be a nightmare for the political establishment. 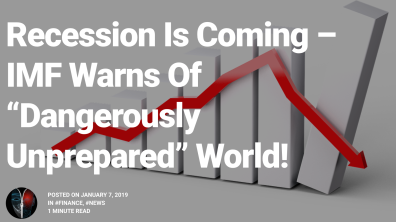 “We are going to get our bread back … You’re making money with our dough, and we’re fed up,” said Nicolle in a video message, as reported by the Associated Press.

Many people disregarded the Yellow Vest movement as a “flash in the pan” and never thought it would gain this much momentum.

The movement’s adherents said they hoped the banking action will force the French government to heed their demands, especially giving citizens the right to propose and vote on new laws. –Associated Press

Even though Macron government is scrambling to calm down the anti-government movement with a series of economic measures, a mass bank run could lead to a crippling of the financial institutions in France. Perhaps, they have the right idea.

We promote the sharing, copying and distribution of articles
on this site.
No copyright restrictions. Spread this information as you please.

This site uses Akismet to reduce spam. Learn how your comment data is processed.

Most Popular [this week]